This Party Sucks is a collaborative story game about being a queer and/or trans twentysomething who is (badly) processing a recent breakup. You will play out a piece of their story as they attend a series of three parties while trying (and failing) not to think about their ex. The game encourages a group of three players to laugh, wince, and (possibly) reflect on their own lives and relationships while telling their shared protagonist's story with honesty and tenderness.

This Party Sucks now features updated PDFs, one formatted for digital reading and the other a print-and-play zine format. This edition also has expanded gameplay tools built based on playtester feedback, including tips for creating a main character, determining themes and details of the game setting, and managing game tone if gameplay veers humorously or awkwardly close to players' own relationship histories. You can also access a random character generation tool I designed specifically for this game here.

Inspired by Mal Blum's queer folk punk album Tempest in a Teacup, and made for the ReCo2k19 game jam. The original game jam version and interim drafts are still available through Patreon for those who enjoy seeing the game's development arc.

In order to download this game you must purchase it at or above the minimum price of $6.90 USD. You will get access to the following files:

Support this game at or above a special price point to receive something exclusive.

A physical copy of the game, risograph printed in black and fluorescent pink ink on warm white paper. Each copy is an eight page mini zine roughly 5.75"x4.25" in size. May have small ink smudges or alignment quirks along the folds.

Make sure to go to the download page and enter a shipping address after purchase so that I can mail you your copy! 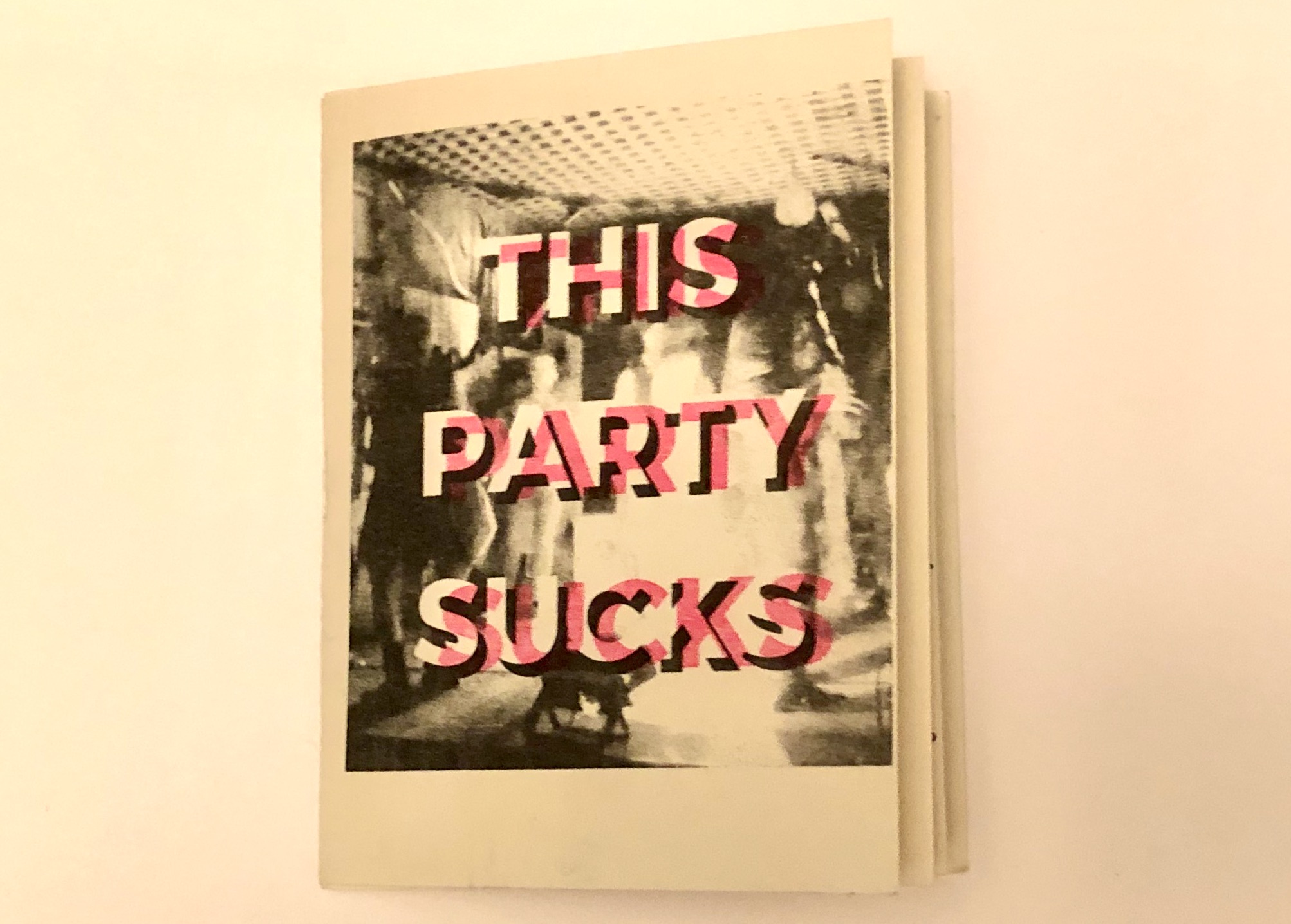 Can it be played as a one-shot?

Gameplay is designed to have three main scenes followed by an epilogue, so I’d say it works best as a one shot! All of my playtests were single session games.

This Party Sucks is a relatively intense storytelling game about processing a bad breakup, but which is nonetheless sympathetic to both the messy protagonist and the players.

It's 13 pages, with an easy to read layout, and the instructions are extremely clear and easy to follow.

It's also got a unique format, and as a group you'll be shifting roles periodically. This helps a bit to diffuse the emotional intensity, since the character being a shared space helps keep people from feeling acutely that "this is me."

It's got reasonable safety mechanics, along with a really cool soft mechanic where you can tap a card to show that something feels personal to you, but you don't mind at all that it's in the story. Being incentivized to signal this way makes it easier to avoid running into problems in the first place---but you may also want to pair this with x-card or something more forceful in order to have a way to throw the brakes on anything that you didn't define as a no before starting play, but that you've realized you def don't want to play through.

Overall, This Party Sucks has a hopeful tone and an interesting atmosphere. If you like intense, character-focused and relationship-focused explorations, this is a good choice, and it's very solidly written.

-The Palette. It might be better to list only everyone's NOs first, and then list everyone's YESs. Otherwise you run into a potential issue where someone drops a YES that the next person actually wanted to make a NO.

-Are all Party Prep Moves are performed before a party? I wasn't 100% sure, but this seemed likely.

Thank you for the thoughtful reflections and feedback! It's really lovely to hear how the tone/structure of the game feels for others, especially since being both intense and hopeful is a lot of where I hoped it would land.

Party Prep: Yes, all the party prep moves happen before each party! The players give each new party a type, a complication, and at least one guest, and the protagonist has a brief coping interlude before starting the party scene.

The Palette: It's definitely allowed/encouraged to talk through what an element on the Palette means, especially if it feels unclear or anyone in the group is concerned about how it might manifest in play, and a yes could still be vetoed by other players. I realize that the way I have it written could lead to the feeling that if someone already added a theme as a "yes," another player can't change it or modify it with a "no" - that's something I'll work to clarify the next time I revise this for print, thank you for pointing out how it read to you.

Part of the point of adding yeses and nos in varied sequence is that sometimes ideas for what might land in either column can arise from what lands in the other - if someone wants cafés to be a game location and suggests that in the "yes" column, that might prompt someone else to put "angry/confrontational customers" in the "no" column, for example, to refine the emerging possible theme in a way that'll still be comfortable for them. That's also why a "no" means something won't be in the game, but a "yes" only suggests it might be because at least one player would like it - yeses are still subject to the needs and comfort of the group. 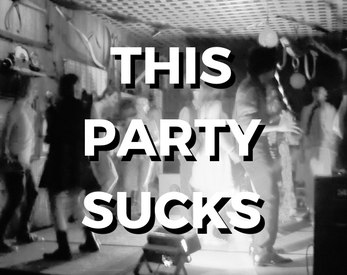